INSTITUTE for YOUNG MUSICIANS-Board of Directors:

Julie Ann White, Founder/DirectorMrs. Julie Ann White is the retired Fine Arts Coordinator for the Owensboro Public Schools where she served as a curriculum specialist and consultant for their music, art, drama and dance programs, and curriculum K-12. She graduated with high honors from the University of Montana where she studied piano, percussion, and voice. She has also founded and directed treble choirs since 1972 which include the Knollwood Children’s Chorus (Atlanta, Georgia) The Brescia Boy Choir, The Sutton Singers, The City Singers, and the Owensboro Center Chorus and the Kentucky Youth Chorale.

Mrs. White’s choirs have performed with the Atlanta Symphony and the Owensboro Symphony; they have performed for the Kentucky School Board Association State Conventions, CMENC, and numerous KMEA conventions. They have sung with the Chattanooga Boy Choir and the Indianapolis Children’s Choir. They performed in Carnegie Hall in 1999 as a nationally auditioned chorus selected from over 200 applicants. They premiered on KET (In Performance at the Governor’s Mansion), the only public school musical group to do so to date. They have also sung for the opening session of the Kentucky Legislature. In July 2002, the Owensboro Center Chorus won a highly coveted invitation to perform at the Pacific Rim International Children’s Choral Festival in Hawaii. Nicholas Palmer, conductor of the Owensboro Symphony has said, “I have worked with many children’s choirs throughout the United States and this is one of the best I have ever encountered. Much praise must go to their excellent conductor Julie White who has remarkable control over the choir and the ability to motivate them to the highest standard of performance.”

Mrs. White was selected the 1988 Owensboro Public School Teacher of the Year and in 1993 she was honored as the KMEA Elementary Music Teacher of the Year. She has received the Ashland Oil Teacher Achievement Award and the Owensboro Mayor’s Award for Excellence. She has served on the Kentucky Department of Education Task Force to revise and assess Kentucky’s music curriculum and has also worked for the Kentucky Arts Council. She has served on the Kentucky Arts Advisory Council. She is the 2007-2008 recipient of the highly coveted Governor’s Award for the Arts in Education. Mrs. White conducts district choral festivals throughout Kentucky. She currently directs the Kentucky Youth Chorale. For more information, please contact Julie or James Douglas White, Artistic Director at 270-929-1226.

Anna Sparks recently retired after being a public school educator for 31 years.  She received her Bachelor’s Degree in Music Education with an emphasis in piano and voice, as well as a Masters and Rank I in School Counseling from Morehead State University.  She has taught music at all age levels, including private piano and voice. For eight years, she also served as a high school guidance counselor.

Mrs. Sparks’ teaching career began in Martinsville, Indiana in 1989 where she taught general music and choir at both middle schools in the district.  From there, she taught in eastern Kentucky for several years. She started a high school choral program in West Liberty, Kentucky and continued a successful choral program in Ashland, Kentucky.  Her choirs consistently received outstanding district and state festival ratings. Mrs. Sparks was also involved as an actress, director and accompanist for numerous community theater productions in both Morehead and Ashland, Kentucky.

For the past 11 years, Mrs. Sparks taught music at Tamarack Elementary School.  In 2010, she instituted The Singing Stars, and after school choral ensemble. The group was asked to perform for district and community events within their first year.  In 2013-2014, Mrs. Sparks received the Kentucky Music Educators Association District 2 Elementary Teacher of the Year award.

Mrs. Sparks has been involved with the Kentucky Youth Chorale since 2010 as a parent. Eventually, she served as an accompanist, and is currently an assistant director. She has traveled with KYC to perform in Indianapolis, Chicago, and French Lick. Most recently, she conducted the group at the International Children’s Festival in Canterbury England.  Due to KYC, she has been fortunate to meet and work with internationally known conductors such as Henry Leck, Ruth Dwyer, Emily Ellsworth and David Flood.

In addition to her role with KYC, Mrs. Sparks plays piano for Eaton Memorial Baptist Church and accompanies high school choirs in the Owensboro area.  She and her husband Tony live in Owensboro and have 3 grown children and one grandson, with another due in August 2020. Their youngest son is currently studying voice/music education at the University of Kentucky.  Mrs. Sparks enjoys spending time with family and friends, watching movies, and spending summer days relaxing on her porch swing.

Madison Wells is the music specialist at Sutton Elementary School and adjunct professor in the music department at Kentucky Wesleyan College. She began teaching in 2014 and served as the music specialist at Cravens Elementary for 6 years. She holds a Bachelor of Music Education from Kentucky Wesleyan College, a Master in Music Education from Western Kentucky University and a National Board Certification in Early Childhood Vocal Music.

Madison got her start with the Kentucky Youth Chorale in 2013 as a college intern and quickly fell in love with the group, the staff and KYC’s mission. She has been a choral assistant and the director of Preparatory Choir for 2 years. With KYC, Madison has worked with Henry Leck, David Flood and Ruth Dwyer, attended the International Children’s Choir Festival in 2016 and 2019, and conducted in Notre Dame Cathedral and Canterbury Cathedral.

Originally from Midland, North Carolina, Madison has made Owensboro her home and enjoys the community’s support for the fine arts! She and her husband, James, the music director and organist at St. Stephen Cathedral, both enjoy being part of the arts community in Owensboro. In her free time, she enjoys running and playing with her dogs, Daisy and Cujo.

Joyce Goodwin grew up in Minnesota in a musical family of seven children. Her mother was her first piano teacher and her experience as a choir accompanist and church pianist began in junior high. She received Bachelor’s degrees from Pillsbury Bible College and Mankato State University in Minnesota, and a Master’s degree in piano performance from Bob Jones University in South Carolina.  Joyce has taught in three Bible colleges. In addition to having a studio in which she teaches students of all ages and levels, she is organist at First Baptist Church.

As an accompanist, Joyce has extensive experience with soloists, ensembles, and choirs in churches, schools, and communities. Since 2005, Joyce has been choir accompanist for the 5-6 Center, Owensboro Middle Schools, and Owensboro High School, enjoying the opportunity to work with Julie White, Jenifer Wiggins and Alecia Meyer.   In 2011 she received the Owensboro Board of Education’s Tom Maddox Outstanding Service Award. Joyce’s husband, David, is a bass trombonist, Music Librarian for the Owensboro Symphony Orchestra, and a piano technician with Kerrick Piano. The Goodwins have two adult children.

Pam Howell is the music specialist at Highland Elementary School in the Daviess County Public School System where she has taught for 21 years. She founded and directs the Highland Choir and Percussion Ensemble which are featured in the school’s signature Renaissance Faire. She formerly taught in Owensboro Public System and Warrick County School System.

Pam has also served as District Two Elementary Chairperson where she organized the Elementary All-District Choral Festival. She has represented the DCPS on the Riverpark Arts Advisory Board and has served as an Artist-in-Residence of the Riverpark’s Summer Arts Camp.

As an assistant for the Kentucky Youth Chorale since its inception, Pam serves in many different capacities;  working with singers on vocal technique, ear training and sight-singing.

Pam assists the choir with organizational planning, mentoring and co-directing.   She is one of many supporters for this extraordinary group. She presently directs the preparatory choir.

In 1990, James received a formal invitation from the Soviet Composers Union to conduct and perform in many republics of the former Soviet Union. He was commissioned by them to premier a new work, The Peace Symphony, which was nationally televised and recorded for radio. In 1993, the Owensboro Symphony gave the US premiere of this work. The Owensboro Symphony also performed his Overture Before Summer at the ’83 Maple Mount Pops concert and have since performed several other works at RiverPark Center on their subscription concert season and Holiday Pops concerts.

James has received many commendations during his tenure in Kentucky. In 1987 he was awarded the Outstanding Kentuckian award and in 1995 he received a special Citation for Excellence from the Governor. He is a Kentucky Colonel, a Rotarian and an alumnus of Leadership Owensboro. The Alma-Alta Conservatory conferred upon him the Honorary Degree of Doctor of Music and Highest Professor status during his concert tour in Kazakhstan. He has received the prestigious 25 year award for String Teaching Excellence from the Kentucky American String Teachers Association and the 25 year service award from the Kentucky Music Educators. He received the Owensboro Mayor’s Award for Excellence in 1996. Through his many activities and tireless devotion to the Institute for Young Musicians, White continues his deep interest and leadership in developing the musical talents of young musicians. 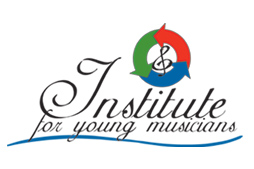 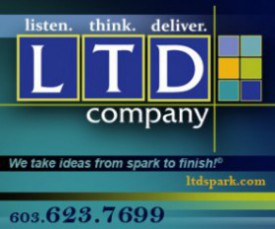